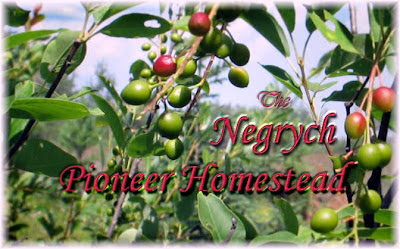 Off Season ~ by Appointment Only 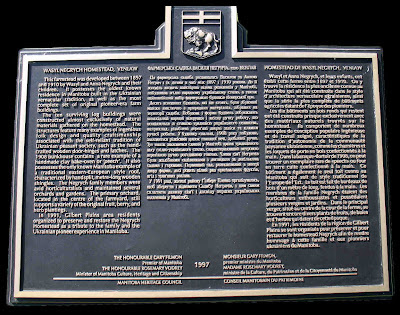 
The Wasyl and Anna Negrych pioneer homestead is believed to be the most complete and best preserved Ukrainian farmstead in Canada. Among it's 10 buildings are unique or extremely rare features, including the only Canadian example of a long shingle Carpathian roof and in the bunkhouse, a rare, fully preserved working peech - the massive, log-and-clay cook stove that was once the heart of every Ukrainian home. The Homestead also boasts the oldest known Ukrainian dwelling which rests on it's original site. Traversing the property is the still visible Colonization Trail - a route originally cut by Aboriginal people and later used by Ukrainian settlers heading northwest.


Wasyl and Anna Negrych came to Canada from Bereziw village in the Kolomyja region, highlands of Western Ukraine. They boarded the SS Arcadia with seven children in 1897 and travelled from Hamburg to Antwerp, Belgium, through the Northern Atlantic to Quebec City. From Quebec they journeyed to Winnipeg where they spent time in immigration sheds before going to Dauphin. Wasyl bought his quarter section homestead for the compulsory $10.00 fee, as well as the adjoining quarter section for $3.00 an acre. 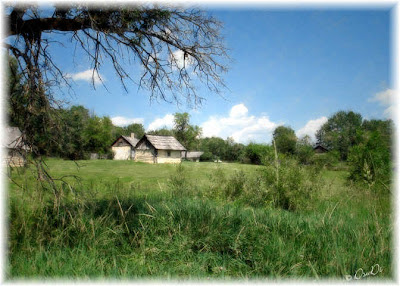 © DW
The homestead was northeast of Gilbert Plains along the Drifting River. Four Negrych families set up their homesteads on the inside corners of four quarter sections and established a small Ukrainian community. Anna and Wasyl first built a temporary shelter of poplar poles and cowhide. They built their main house in 1899, which is still in excellent condition. They had five more children born in Manitoba - 12 children all together. Their youngest children, Stephen and Anna, lived in the house until the 1990's. The Negrychs built all the buildings from materials found on the farm site, including the bunkhouse, barn, and granaries. They were made from round logs of either tamarack or spruce, with saddle and notch cornering.


The original house itself is a log building, approximately 15' x 35' and has a wood shingle roof. It's plan entails a central hall or kitchen, with side rooms, as in the traditional Ukrainian homes. The beamed ceiling is in good condition. The house interior and exterior are finished with handmade plaster to which laundry bluing was added to give brilliance to the white colour. In restoration, a technique similar to that used originally by the Negrychs, was employed. The main room is a bed-sitting room with an iron bed, rocking chair, dining table and chairs, a treadle sewing machine, small box heater, and a coal oil lamp. The walls are decorated with the original religious images placed there by Wasyl and Anna. Annie lived here and Stephen spent the evenings reading by the lamp and keeping Annie company. 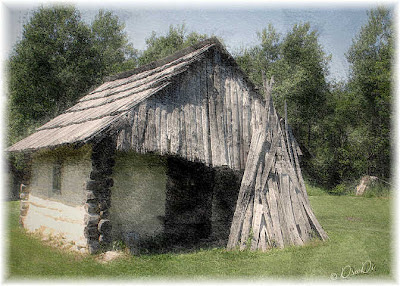 © DW
The bunkhouse was built in 1908 to lodge Stephen and his brothers. It is a mud plastered log house, with old style long wood shingles on it's roof and gables. It contains a peech (bake oven), which ventilates through a hole in the wall. The smoke would enter into the attic to serve as a smoke chamber to smoke meat and fish. This bunkhouse accommodated the children and elders during winter as it retained heat well. Also it served as Stephen's living quarters when he and Annie lived on the homestead in their later lives.


The Negrychs had cows, pigs, and chickens. They built barns, a pigpen, and a chicken coop to accommodate them. Wheat, along with rye, barley, oats, and flax were grown and harvested. A granary was built in 1898, a second one in 1908, and yet a third granary in 1940. They also maintained a vegetable and herb garden and a remarkable orchard. 
The site is located:

Washrooms: Outdoor only - no running water on site

Food Service: Available only by prior arrangement

Method of Payment: Cash or Cheque

Email: tnphomestead@canada.com
(Please type Pioneer in the subject line or the email will be deleted unopened)


Operation and Restoration of this site is totally done by a volunteer organization - Gilbert Plains & District Historical Society. This group is a registered non-profit organization. Any donations to assist this project would be gratefully appreciated. Tax receipts will be issued upon request.

© The written content of this page is the property of the
Gilbert Plains & District Historical Society.
No copying or linking to the site without permission.